This Alert provides new detection methods for this activity, including a CISA-developed tool that helps network administrators search for indicators of compromise (IOCs) associated with exploitation of CVE-2019-11510. This Alert also provides mitigations for victim organizations to recover from attacks resulting from CVE-2019-11510. CISA encourages network administrators to remain aware of the ramifications of exploitation of CVE-2019-11510 and to apply the detection measures and mitigations provided in this report to secure networks against these attacks.

CVE-2019-11510 is a pre-authentication arbitrary file read vulnerability affecting Pulse Secure VPN appliances. A remote attacker can exploit this vulnerability to request arbitrary files from a VPN server. The vulnerability occurs because directory traversal is hard coded to be allowed if the path contains dana/html5/acc.[3],[4] For example, a malicious cyber actor can obtain the contents of /etc/passwd [5] by requesting the following uniform resource identifier (URI):

Obtaining the contents of /etc/passwd gives the attacker access to basic information about local system accounts. This request was seen in the proof of concept (POC) code for this exploit on Github. An attacker can also leverage the vulnerability to access other files that are useful for remote exploitation. By requesting the data.mdb object, an attacker can leak plaintext credentials of enterprise users.[6],[7],[8]

To confirm the open-source reporting and validate what the cyber threat actors had access to, CISA used a test environment to send crafted requests. CISA used requests found both in proof-of-concept, open-source code and in requests from the logs of compromised victims. By doing so, CISA confirmed that plaintext Active Directory credentials were leaked and that it was possible to leak the local admin password to the VPN appliance. (See figure 1.)

CISA created three accounts for the purpose of validating the ability to compromise them by exploiting CVE-2019-11510.

Note: the URI CISA tested to leak Pulse Secure VPN user credentials has not been publicly released, so CISA has redacted it from this Alert.

After creating the accounts, CISA joined the VPN appliance to the test environment domain, making a point not to cache the domain administrator password. (See figure 2.) 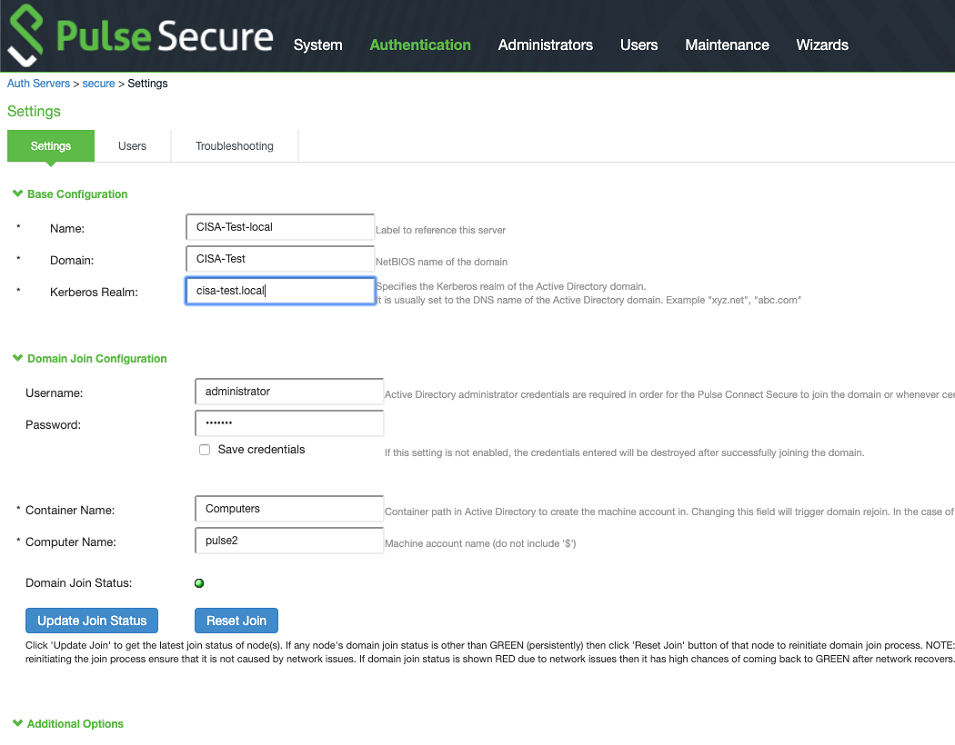 Figure 2: VPN appliance joined to the domain without caching the domain administrator password

Next, CISA validated the ability to Credential Dump [T1003] a user password from the VPN appliance. To do this, CISA created a user realm (Pulse Secure configuration terminology) and configured its roles/resource groups to allow for Remote Desktop Protocol (RDP) over HTML5 (Apache Guacamole). After using the new user to remotely access an internal workstation over RDP, CISA used a crafted request (see figure 4) to leak the credentials from the device. (Note: the path to stored credentials is publicly available.)[10]

This test confirmed CISA’s suspicion that threat actors had access to each of the various compromised environments.

In one case, CISA observed a cyber threat actor attempting to sell the stolen credentials after 30 unsuccessful attempts to connect to the customer environment to escalate privileges and drop ransomware. CISA has also observed this threat actor successfully dropping ransomware at hospitals and U.S. Government entities.

In other cases, CISA observed threat actors leveraging tools, such as LogMeIn and TeamViewer, for persistence. These tools would enable threat actors to maintain access to the victim’s network environment if they lost their primary connection.

Conventional antivirus and endpoint detection and response solutions did not detect this type of activity because the threat actors used legitimate credentials and remote services.

An intrusion detection system may have noticed the exploitation of CVE-2019-11510 if the sensor had visibility to the external interface of the VPN appliance (possible in a customer’s demilitarized zone) and if appropriate rules were in place. Heuristics in centralized logging may have been able to detect logins from suspicious or foreign IPs, if configured.

Given that organizations that have applied patches for CVE-2019-11510 may still be at risk for exploitation from compromises that occurred pre-patch, CISA developed detection methods for organizations to determine if their patched VPN appliances have been targeted by the activity revealed in this report.

To detect past exploitation of CVE-2019-11510, network administrators should:

CISA observed the following user agents with this activity:

Table 1: Filenames and hashes of files used by a threat actor

For a downloadable copy of IOCs, see STIX file.

CISA strongly urges organizations that have not yet done so to upgrade their Pulse Secure VPN to the corresponding patches for CVE-2019-11510. If—after applying the detection measures in this alert—organizations detect evidence of CVE-2019-11510 exploitation, CISA recommends changing passwords for all Active Directory accounts, including administrators and services accounts.

If organizations find evidence of malicious, suspicious, or anomalous activity or files, they should consider reimaging the workstation or server and redeploying back into the environment. CISA recommends performing checks to ensure the infection is gone even if the workstation or host has been reimaged.